I remember my mother explaining to me the sort of man I should marry. “Leslie,” she said when I was around 12 years old and only just starting to look at boys curiously, “The sort of man that is good for marriage is one that has plants in his apartment, can’t dance well, and wears tassel shoes.” 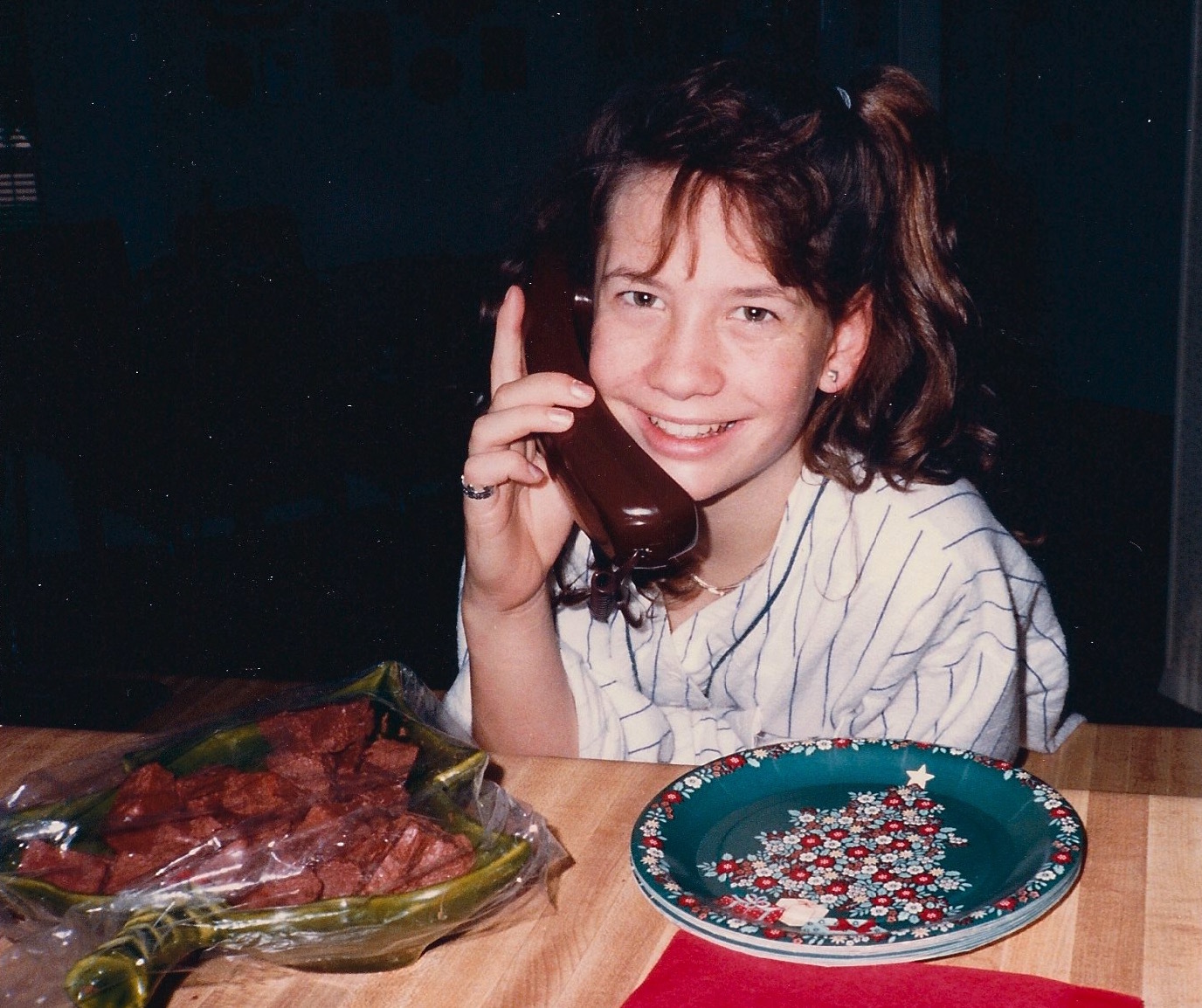 Breaking this down, I know she had good intentions. A man who keeps plants alive is caring and doesn’t shy away from responsibility (this could extend to dog, cat or hamster for that matter). A man who can’t dance well, as she explained, means he’s not a “player.” He’s not out picking up chicks at the clubs and he doesn’t think he is smooth and full of himself.

And that last one? Well, it was the late 80’s so her logic at the time was that he cared enough to be somewhat pulled together but not overly flashy.

My daughter is almost 13 and it occurred to me the other day that I, too, have imparted a sort of “The type of person you want to be with” wisdom recently.

This summer we sat together at a popular swimming hole in the Washington Cascades. Children of all ages were playing in the cool mountain run-off, but some of the older teenagers were jumping off the cliffs in to the deep, cold water. We watched many dare devils scream as they jumped, not far enough away from the edge for all the moms watching, and plunged in to the cold river. The crowd collectively let out a sigh each time as their head surfaced again after a minute or so.

At one point, a boy had obviously talked his girlfriend in to jumping with him. They stood on the edge peering over in to the water and she visibly shook. We couldn’t hear what he was telling her but he said something and lunged off the cliff in to the water. When he broke the surface and turned around, she was still standing at the top shaking her head. “Oh, come on, you can do it!” he was yelling from the water.

I turned to my daughter and whispered, “See that guy there in the water? I don’t think he’s actually encouraging her. She’s terrified.”

I was right. Something about his mannerisms didn’t seem very “Supportive” but more “Aggressive.” As she resisted his calls, he grew more aggravated. "You Big Baby! Just jump! Everyone is watching you!” and he was right. We were watching her with sympathy. “You’re a pussy! Just jump!”

I looked back at my daughter, “That guy there? Is an asshole.” She glanced sideways at me for using the word asshole, but I wanted it to stick. Plus, frankly, he was being an asshole. “She doesn’t have to jump if he doesn’t want to. If she wants to turn around and walk back down to the river, she can. Nobody can tell her what to do and certainly not by calling her names and making her feel ashamed.”

A few minutes went by with all of us watching this girl tremble and look uncertain. “It’s ok to walk down,” I whisper. My daughter joins me, “You don’t have to listen to your boyfriend.” I add, “and when you do get to the bottom, break up with this asshole.”

Another boy joins her at the top, I assume a mutual friend of theirs. He stands next to her and starts talking and motioning with his hands. We can’t hear what he’s saying but it’s clear he’s offering to either walk back down with her or jump with her. She’s making the decision and he’s standing by her side ready for either one. “And that,” I lean toward my daughter, “Is what support looks like. She is free to make either decision and she will be accepted for either one. He’s not talking her in to anything, it’s her choice. If she can forget the boyfriend in the water yelling at her and only listen to her insides, she’ll do the right thing and if that right thing means crawling down the way she came up, she shouldn’t feel bad about it. She made that decision with the emotion and reality she is holding at this moment.”

We wait. Finally, in almost a flurry, she flings herself off the edge in to the water. Her boyfriend gives one clap. The boy at the top claps furiously for her but she never turns around to look back at him and swims to her boyfriend who grabs her around the shoulders and walks out of the river with her.

“That guy there? The one at the top of the cliff still? That, LB, that is the sort of person you want by your side in life. I don’t know if the girl knew him before now, but if she didn’t, I’d like to think she’ll find someone like that when she realizes what a jerk her boyfriend is.” She’s listening and nodding, looking up at the boy on the cliff who has started chatting with his friends. Someone else jumps in while we sit in silent thought.

These lessons and small conversations stick in our daughters' minds. They are aware, even if subconsciously, of each small moment the girls are being asked to make the sandwiches for the boys or being told they can’t prioritize their sport because their brother’s is so demanding. Tiny stereotypes that bleed through our culture without our notice or ways we objectify women or demean them are still prevalent. When we dismiss our daughter’s needs or emotions because “she’s emotional and needy, classically teenage girl,” we teach her that her emotional voice and intuition aren’t to be heard but instead to use logic, the way a “man” thinks, which is more valuable and rational.  I know lots of fathers who want to raise strong daughters but don’t realize the undertone of inferiority and the messages they send which counter-act those goals. (This topic alone could, and should, be its own post, because the nuance and grey area are rich in this discussion, it warrants its own conversation.)

In a time of fake news, of complete corruption and return of “group think” and superiority over others, the best advice I can lend my daughter, just coming in to an age of learning who she is and what she might want out of her life, is to encourage her to surround herself with those who support her as she is and the decisions she feels is right for herself. This is beyond the “just say no to drugs” campaign in the 80’s, the vision of the one child being willing to hold on to his or her own values in the face of peer pressure. This is the core of our next generation of women learning to hear their internal voice and value their understanding of right and wrong and what will be best for them in the future.

I don’t tell my daughter what type of man she should look for because I don’t care if she decides to be in a relationship with a woman. I don’t care what her romantic life looks like, her professional life, or her daily life, so long as she is surrounded and supported by people who help her succeed because she wants to flourish in that field, because she values that goal, and because she in turn understands how to give love and receive love in a healthy way where those invested with good intentions can feel safe and valued.

This is what we should be teaching our daughters.

And for that matter, our sons.