I wake up and step on the scale. My entire day depends on this moment. It’s not in line with the mindful living or buddhist ideals I’ve been trying to incorporate to my life, but it’s the most entrenched habit and judgement that remains.

Body dysmorphia is a tenacious bitch.

I can remember the waitress at my 11th birthday. She was heavy, and I was terrified that I’d end up like her if I ate the pizza she brought to the table. When I refused to eat, my mother asked, but couldn’t understand, why. I couldn’t express my deep-rooted fear that I’d lose control and end up like this woman, fifteen pant sizes bigger than I was, because to me food was a terrifying enemy and I wasn’t sure how to control it.

I sat across from my past self yesterday in the hospital. I don’t know how many people have the opportunity to physically sit next to a version of their past self, but yesterday I got the biggest gift the entire Universe could possibly give: A hug, a few words, and a brief look of “Yes, I know, I get it, I was you!” Of course physically she couldn’t be me; she was born when I was in my 20s. But still, this person that I’ve known for several years, this person who is like part of my family, this person who sits on the hospital bed across from me, is very much a version of my past self.

She explains she has an eating disorder. I don’t want to diminish her pain but I also want to soften the fear. “Yes, that’s ok. I did, too.” She softens. “Well,” she opens. I nod. “Yes, I know. I did that, too.” We talk for a while. It’s interesting to me how so many things can change; Cell phones, presidents, war, the entire freaking internet, and still, we sit here, the two of us, with the exact same struggles. She’s afraid of losing her productivity. “I get it,” I add. I’m not placating. I really, genuinely, get it. I Get It. Up until nearly two years ago, I was still her.

When my daughter wanted to run away, I told her to get her shoes. This isn’t something I could’ve done prior to that exact moment. My response was a result of a quest I’ve selfishly been on since someone asked me one simple question almost two years ago. “Are you happy?” I gave an optimistic, very much Me answer and grinned, 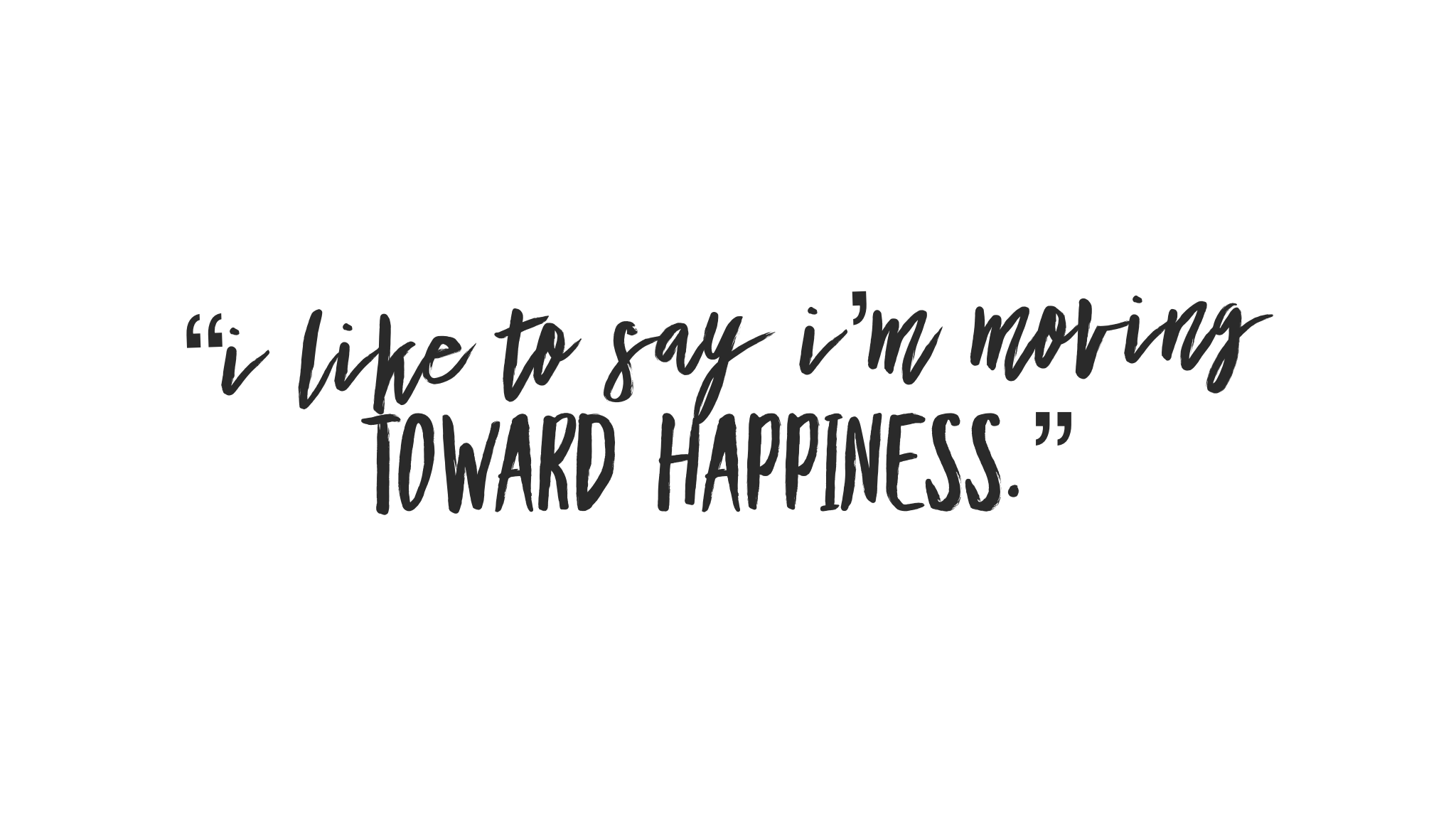 I couldn’t shake it, though. Something about that question, something about being asked This Time was shaking a foundation that I wanted to pretend was solid. My sand was shifting and I couldn’t ignore it. So I did what I’ve always done; I overachieved and analyzed the crap out of the shifting sand. Oh that’s right, I read All The Books and took All The Notes, and I listened to All The Self Help Podcasts I could find with some sort of credited authority. I may or may not have listened to every one of the Super Soul Sundays. Stop judging.

All of that work leads me back to my past version of me in the hospital. I relay my daughter’s recent struggles and how we’ve been working on separating her thoughts and emotions from who she is. I explain that recently, after a particularly rough patch, we discussed how she was feeling. After doing some of The Work, she told me she was awkward, angry and sad. I let her know that’s ok. “You, Anger, Awkward, and Sadness are going to go to school tomorrow but that’s fine. They won’t always tag along. At one point they’ll get bored and leave.” My Past Self looks at me, “That’s a nice way of thinking about it,” she muses. I tell her that it’s true, a few days later my beautiful daughter called me from school exclaiming, “Mom! Awkward, Sadness, and Anger left!” I smile at the memory and my Past Self grins. I finish my story, "I told my daughter I was so happy for her and I let her know they might show up again but at least now she knew they didn’t always go to the same school."

My Young Self looked reflective. She nods and adds her own story of an eating disorder book she was given in the hospital. “This girl calls her eating disorder Ed.” I say YES! That’s perfect! You can have This Part Of You that is Not You but it might tag along for a while. 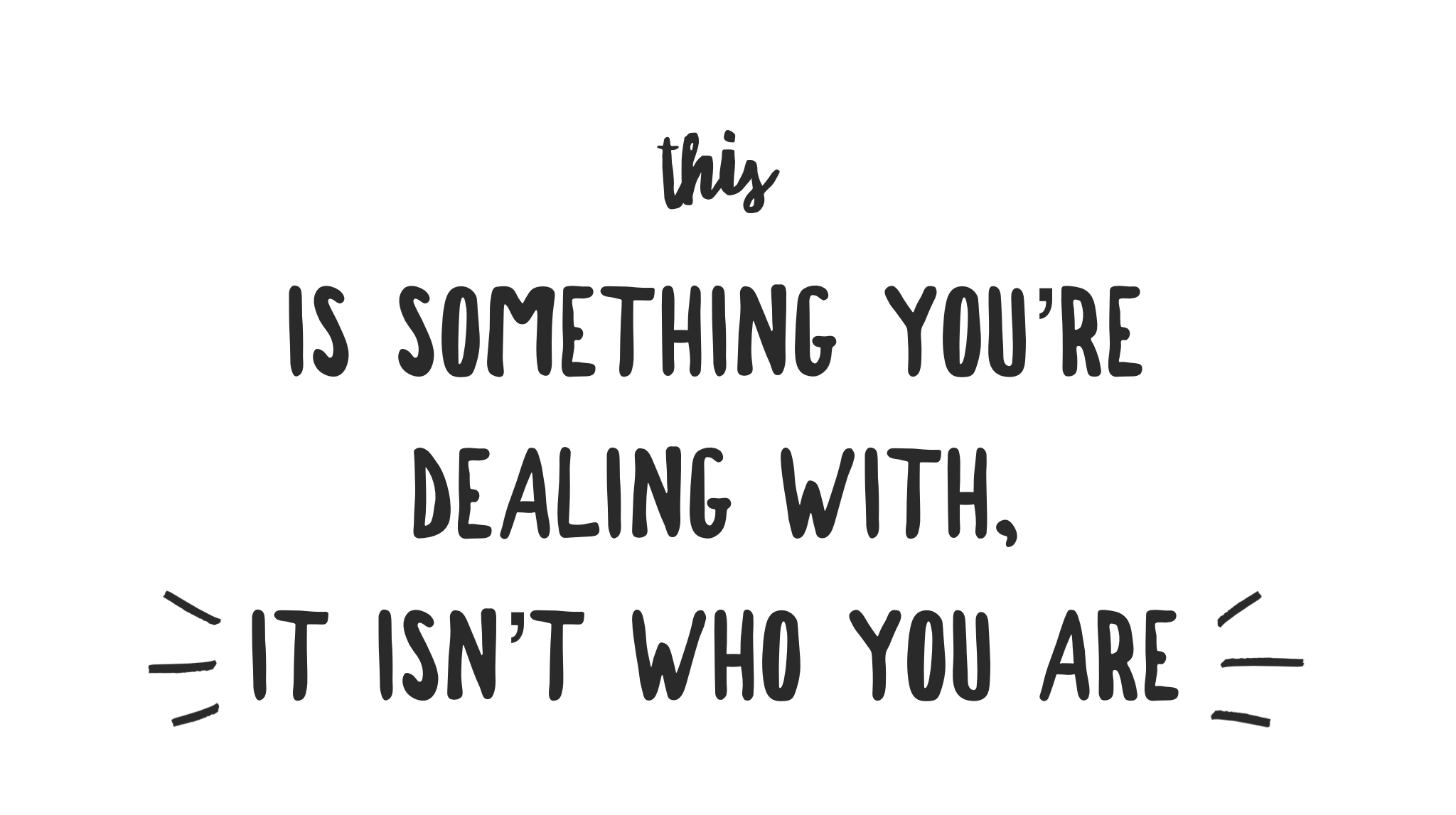 When I leave the hospital I am more wrecked than I fathomed possible, but I am also proud and privileged and honored to be a part of this lovely person's life. I’m humbled. I’m sad. I'm contemplative. It turns out, all my soul searching isn’t selfish at all, at least in a small way, it helped my Beautiful Daughter and my lovely Young Version Of Me.

I know I can’t take away the pain of these young women. I can be there for my Young Self and My Beautiful Daughter but I can’t be them. I can tell them what I know, and what I know is my mind is a judgmental minefield that I walk on eggshells around entirely too much. If I can start living my truth and help my Young Self and My Beautiful Daughter deal with their own minefield, I can answer the “Are you happy” question honestly, “Yes, and I’m modeling that to the next generation of women.”

This is the most glorious response to a small question I can ever hope for. One day I promise to let you on the roller coaster it’s been, but for now, know that the Young Version of Me in the hospital is a beautiful soul trying to grow in to her next version of herself and My Beautiful Daughter is surviving her last year in Jr. High with a group of friends that anyone would pay money for. So yes, we’re ok. We’re moving toward our happiness, only now? I have a map.